We’re a collaborative community website about Starry☆Sky that anyone, including you, can edit. Help us expand by adding and editing pages! This Wiki is not spoiler free, so peruse with caution!

Starry☆Sky, known as Sta☆Ska (スタ☆スカ, Suta☆Suka) for short in Japan, is an otome game developed by Honeybee in 2009. There are four games (Spring, Summer, Autumn, Fall) and four sequels (~After Spring~, ~After Summer~, etc.), featuring three "chaseable" characters in each game (and some extra characters in the sequels). It is in a visual novel format, where the player will have to read through texts and pick an option once in a while. It has also been adapted into an anime. There have also been numerous drama CDs released.

Short summary: Tsukiko Yahisa enters Seigetsu Academy, a formerly all-male school, as the very first and only female student. She has two childhood friends, Kanata Nanami and Suzuya Tohzuki, who protect her from the entirely male student body. Yoh Tomoe, another childhood friend, suddenly transfers into her class during the spring their second year. In the summer, she practices kyudo with the archery club's captain Homare Kanakubo, vice captain Ryunosuke Miyaji, and genius newcomer Azusa Kinose in the hopes of winning the Inter-High competition. In the fall, her teachers Naoshi Haruki, Kotarou Hoshizuki, and Iku Mizushima accompany her during clinic duty and participate in the annual school festival. In the winter, she focuses on Student Council work as the Secretary along with Kazuki Shiranui as President, Hayato Aozora as Vice President, and Tsubasa Amaha as Treasurer. 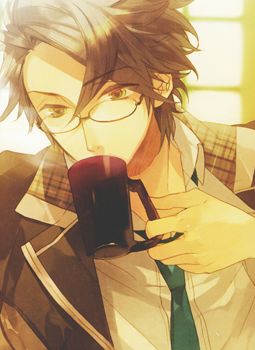 Retrieved from "https://starrysky.fandom.com/wiki/Starry%E2%98%86Sky_Wiki?oldid=5362"
Community content is available under CC-BY-SA unless otherwise noted.